what enables you in your DNA to adapt that quickly

if your a vegitarian, why do u eat insects?

Are there different types of flies in which are faster in flight but have a smaller body?

how long is your tail?

How come that the Orkney vole is the closest to humans? What way are they similar (eg: genetically) and why?

How did the genome sequencing technology get developed?

Have you got any particular features that give you an evolutionary advantage? (4 Comments)

how big is its wing span?

Would their population numbers increase or decrease due to the climate change?

will it cost more to sequence animals with more chromosomes? It it related to numbers of base pairs?

you can know about 500 millions years ago using todays genomes?

For these species, will you be using the males or females? Is one gender better for sequencing than the other gender?

usually snakes are dangerous so is the snake pipefish dangerous?

Does the Naval Shipworm lay eggs or not

The Wellcome Sanger Institute is one of the world’s leading genomics research centres. In celebration of its 25th Anniversary, the Institute is going to decode the DNA of 25 UK species for the first time…and you can vote to decide 5 of them! 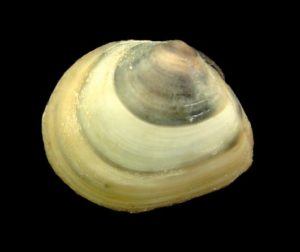 From 6th November – 8th December, a team of scientists and wildlife experts will each champion a species they think should have its entire DNA sequence decoded.

This is the Cryptic Zone, with nine species competing for your votes. Cryptic species are those that are other than they appear. They might mimic the behaviour of other species to avoid detection by their prey, or use camouflage to blend into their surroundings. Cryptic species might also have hidden differences, whilst seemingly looking the same.

This zone has nine species competing for your votes such as the Baltic clam, which can be a variety of different colours and hides in the sand where its colours cannot be seen.You’ll also meet the abyssal grenadier, a fish adapted to living in the harsh deep sea. The deep sea is a very extreme environment with incredibly high pressures and almost no light. We have a lot still to learn about how species manage to survive here. 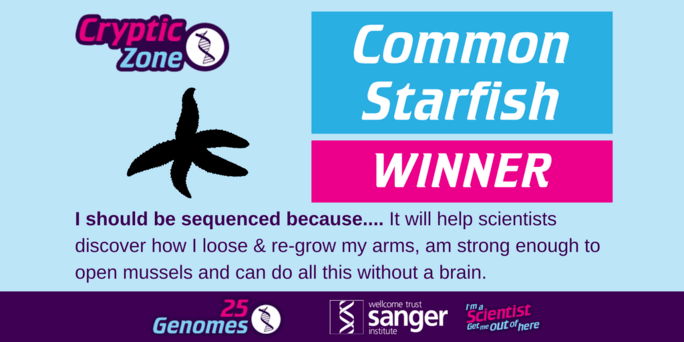